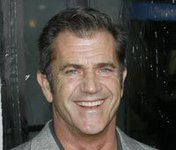 Mel Gibson has agreed to plead guilty to a charge of misdemeanor battery against his ex-girlfriend Oksana Grigorieva in a deal that could let him avoid jail and clear some of his legal problems before the release of his next film, in May.

The agreement comes just as Summit Entertainment is preparing to introduce "The Beaver," which stars Mr. Gibson. It is directed by Jodie Foster, with a premiere screening at the South by Southwest film festival next Wednesday in Austin, Tex, according to New York Times.

Gibson, once one of Hollywood's top stars, has seen his public image battered by a series of scandals that started with his 2006 drunk driving arrest in which he spewed anti-Semitic insults and continued last year with the release of profanity-laden phone recordings.

As part of an agreement with the district attorney's office, the sources said, Gibson would avoid jail but be placed on probation and ordered to enroll in a yearlong batterer's program.

The actor-director's latest legal trouble began last year when his ex-girlfriend, Oksana Grigorieva, the mother of his daughter, accused him of threatening her with a gun and punching her at his Malibu home, Los Angeles Times reports.