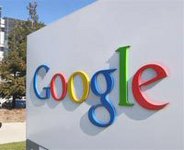 A French court has found Google guilty of copyright infringement and ordered it to pay half a million euros compensation to rights holders.

The case was brought by film producer Mondovino along with documentary makers and photographers.

The plaintiffs complained that Google had made their work available either on its search engine or on Google Video, despite demands to remove it, Register reports.

Over the years, Google's had to appear in French courts several times, and it now looks like a recent case didn't go so well. Google's been found guilty of breaching copyright laws, and unless something changes, the company faces a fine of almost $600,000.

Granted, in objective financial terms, that wouldn't mean much to Google, which has a market cap of about $191 billion. The bigger problems would be the PR blow and the precedent this ruling would establish.

Google may appeal the ruling and hope for a more favorable decision next time, though.

The $600,000 is supposed to be hit Google in addition to legal costs, by the way, giving the company even more incentive to have its lawyers try again, WebProNews reports.