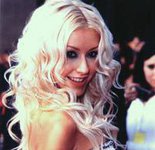 Pop singer Christina Aguilera spent yesterday morning sobering up in a West Hollywood police station. The pop star was arrested for public intoxication after officers pulled over a car driven by her boyfriend, Matthew Rutler, charging him with driving under the influence. The Beautiful singer was later released, and police say they have "no desire to prosecute".

"She was not belligerent in any way," a spokesman for the LA County sheriff's office told the New York Post. When police stopped the car around 2:45 am, Aguilera was a "public safety issue", Steve Whitmore explained. "When she got out of the car, she couldn't stand ... She didn't know where she was and she didn't know her own address." Given her condition, the arrest was routine: "She was not capable of taking care of herself," according to The Guardian.

Aguilera, the mother of a 3-year-old son, was released at around 7:30 a.m. when she was "able to safely care for herself."

The new year has not been kind to Aguilera, who has made recent headlines for flubbing the lines to the national anthem at the Super Bowl, nearly taking a spill off the stage at the Grammy Awards and, in January, passing out in "The Town" star Jeremy Renner's bed at his birthday party, Boston Herald reports.