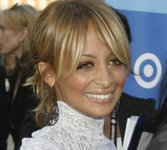 Nicole Richie and Joel Madden said "I do" in a magical winter wonderland wedding that was four years in the making.

When Nicole Richie and Joel Madden began dating in 2006, there was something in their relationship and chemistry that predicted they would end up man and wife. Richie and Madden exchanged vows December 11 at the Beverly Hills estate of her famous father, Lionel Richie.

The winter-themed celebration was witnessed by an estimated 150 guests, according to SheKnows.com.

A string of celebrities who were reported to attend the weekend nuptials are Gwen Stefani, Samantha Ronson, Ashlee Simpson, Khloe Kardashian, Kris Jenner, Nicole's godfather Quincy Jones and Joel's twin brother Benji Madden. Rev. Run reportedly proceeded over the wedding ceremony. But the biggest guest, literally, was a trained elephant which was led to the wedding site for attraction.

The bride wore a custom-made wedding dress by Marchesa which reportedly cost $20,000, and had her hair done by Byron Williams of Byron & Tracey. The couple exchanged rings by Neil Lane, the same jeweler who crafted Nicole's 4-carat engagement ring.

Richie, 29, and Madden, 31, have two children, Harlow, 2, and Sparrow, 1, who also served as part of the wedding, with Harlow as flower girl. Masha Gordon, a good friend of Nicole acted as the maid of honor while Benji was the best man.

Paparazzi were able to capture some pictures but Nicole and Joel reportedly had an official photographer capturing the wedding. The photos are now allegedly in the middle of a bidding war worth $100,000, AceShowbiz reports.