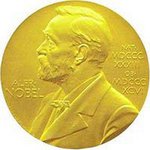 Nineteen governments have said their ambassadors will not attend a ceremony this week awarding the Nobel Peace Prize to Liu Xiaobo, the imprisoned Chinese dissident, the Norwegian prize committee said on Tuesday, more than tripling the number of those declining to be represented and reflecting the strong pressure exerted by Beijing to boycott the event.

In a statement on its Web site, the peace prize committee said that as of Monday, 44 embassies in Oslo, the Norwegian capital, had signaled their intention to send a representative to the ceremony on Friday. But the number who "for various reasons declined our invitations" had risen to 19 from 6 three weeks ago.

The 58 countries who have embassies in Oslo were invited to attend.

The 54-year-old writer and academic was jailed in December 2009 to serve an 11-year term for subversion. He was detained just days before the publication of what has turned out to be an explosive political document, Charter 8, which he co-wrote, CBC.ca reports.