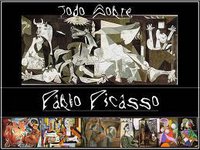 A 71-year-old retired electrician is at the centre of a legal battle after coming forward with more than 200 hitherto unknown paintings by Pablo Picasso, a French newspaper reported Monday. Experts who have examined the collection have estimated it could be worth some 60 million euros (80 million dollars), Liberation reported.

Pierre Le Guennec wrote to Claude Picasso, the artist's son and the administrator of his estate, in a bid to get the canvases authenticated, and the two finally met in September. Le Guennec said he had worked installing alarm sytems at a number of Picasso's residences, including a villa in Cannes in the south of France, during the last three years of Picasso's life -- he died in 1973, AFP reports.

Administrators of the Picasso estate have filed a case for alleged illegal receipt of the works of art.

The artist's son, Claude Picasso has dismissed Mr Le Guennec's claim that he could have received the paintings as gifts, insisting his father would not have given such a large quantity of works to anyone.

He told Liberation: "That doesn't stand up. These works were part of his life", according to ITN.