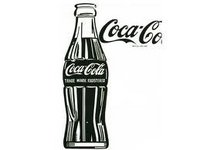 A black-and-white Coke bottle on canvas by Andy Warhol sold for $35.36 million on Tuesday at Sotheby's robust contemporary and post-war art auction.

The sale of 54 works, an impressive 91 percent of which found buyers, totaled $222.4 million including commissions, beating the high pre-sale estimate of $214 million.

Author James Frey, fashion designer Valentino Garavani and Michael Dell's money manager, Glenn Fuhrman, were at the front of the saleroom as 91 percent of the 54 lots found buyers. Five artist auction records were set, including Julie Mehretu and Larry Rivers, helping the total rise just above the $214.5 million presale high estimate, which does not include commissions. A year ago, Sotheby's contemporary sale tallied $134 million.

"It was incredibly strong considering that we are kicking ourselves out of a recession," said New York dealer Jack Tilton, Bloomberg reports.