George Soros takes part in legalization of marijuana in California 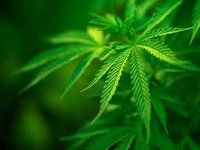 Liberal financier and philanthropist George Soros has donated one million dollars to the campaign to legalise marijuana in California. The money will be used to finance a last-minute advertising blitz in the huge American state which votes on the controversial ballot measure known as Proposition 19 on November 2, Dale Jones of the Yes on 19 campaign told reporters.

The measure would allow Californians over the age of 21 to grow a small amount of pot for their personal use. Local authorities would have the power to permit and tax marijuana production, and there would be stiff penalties for anyone caught selling cannabis to underage users, Times LIVE informs.

Mr Soros, 80, made his donation just a day after the Yes on 19 campaign screened its first TV advert.

He argued that decriminalising the drug would bring much-needed revenue for cash-strapped California.

Until now, neither side has seen a huge cash donation, but supporters of legalisation have raised significantly more than opponents, Mirror says.