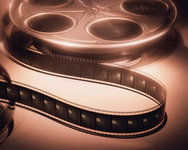 An indie blockbuster considered last year to be lightning in a bottle has evolved into the most successful horror franchise of the moment.

This weekend's estimated $41.5 million debut for "Paranormal Activity 2," the highest ever for a horror film not accounting for ticket price inflation, immediately makes it a viable series for Paramount Pictures. The studio may now come out with annual installments, as Lionsgate has done for the last six years with its low-budget horror phenomenon, "Saw."

With Paranormal, Paramount Pictures celebrates its second movie starting at the Number One spot. The horror flick just in time for the approaching Halloween grabbed the spotlight from Jackass 3D which has now landed on the 2nd spot with a total of $21.6 million; literally half of Paranormal's sales.

The thriller is directed by Tod Williams, Seer Press reports.