Fans of the Beatles' mark the 70th anniversary of John Lennon 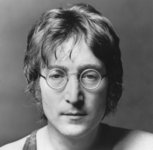 Thousands of John Lennon fans were expected to descend on Strawberry Fields in Central Park Saturday to mark what would have been his 70th birthday.

From the British invasion in 1964 to his untimely murder in 1980, Lennon has always had a special relationship with New York City.

It's become an annual tradition: fans visiting the Imagine Memorial built for the music icon in Central Park. His music still as relevant as it has ever been, CBS New York reports.

John Lennon's widow Yoko Ono will tell people around the world "to learn to love each other in peace" as millions of people celebrate what would have been the music legend's 70th birthday.

Ono herself will be leading a celebration in Iceland with a series of events, including a performance by the Yoko Ono Plastic Ono Band, alongside their son Sean.

She will presenting awards to figures chosen for their contribution to world peace with a biennial award - the Lennon Ono Grant for Peace - created in 2002.

A sculpture has been unveiled to celebrate the life of John Lennon, on what would have been the music legend's 70th birthday.

The monument designed to promote world peace was revealed at a ceremony in the late Beatle's home town of Liverpool by his first wife Cynthia and their son Julian.

They thanked the hundreds of people who gathered in the city centre's Chavasse Park and told them to celebrate Lennon's life, The Press Association reports.