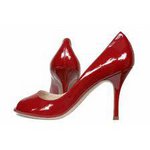 The Queen wields less power than Lady Gaga, Carla Bruni and Beyoncé Knowles, according to an index of the world's most influential women published yesterday. The list, compiled by business magazine Forbes, judges the head of the Common-wealth and head of state of 16 countries to be less inter-nationally important than singers and political leaders' wives, placing her at 41st out of 100.

Michelle Obama, US First Lady, has been given the top spot, with Oprah Winfrey and Hillary Clinton joining her among the five most powerful women in the world, Herald Scotland says.

Commenting on this year's entrants, Moira Forbes, vice president and publisher of ForbesWoman, said: "The women on our list, through their respective realms of power and influence, are shaping many of the agenda-setting conversations of our day, and have become dynamic catalysts for driving meaningful change across the world.

"They have built companies and brands, sometimes by non-traditional means and they have broken through gender barriers in areas of commerce, politics, sports and media and cultural zeitgeist, and thereby affecting the lives of millions, sometimes billions of people", The Press Association informs.