Actor Tony Curtis, who played in the movie "Some Like It Hot", died at 85 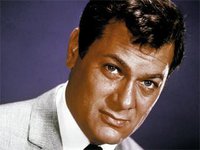 Hollywood legend Tony Curtis died on Wednesday in his Las Vegas of cardiac arrest at the age of 85.

Though he earned an Oscar nomination for his role as a an escaped convict in 1958's "The Defiant Ones," Curtis is best remembered for his role alongside Jack Lemmon and Marilyn Monroe in Billy Wilder's 1959 comedy classic "Some Like It Hot."

A dashing ladies man with a reputation for a wandering eye, Curtis donned women's clothes in the movie to play a jazz musician on the run from the mob who, along with cohort Lemmon, makes the acquaintance of singer Sugar Kane (Monroe). Hilarity ensues, MTV.com reports.

Mr. Curtis, who appeared in more than 120 movies, was best-known for his roles as an amoral publicist in "Sweet Smell of Success" (1957), a chain-gang escapee in "The Defiant Ones" (1958), which earned him an Academy Award nomination for Best Actor; a cross-dressing musician in "Some Like It Hot"(1959), and a rebellious slave in "Spartacus"(1960).

In 1958, the Hollywood Foreign Press Assocation named Mr. Curtis "the world's favorite movie actor." He was Hollywood royalty, married to a fellow movie star, Janet Leigh (they would divorce in 1962), and the father of a future movie star, Jamie Lee Curtis, Boston Globe informs.