Britney Spears will Answer in Court for Sexual Harassment 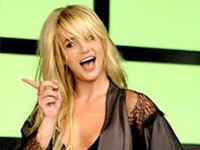 A former bodyguard for pop star Britney Spears has filed a sexual harassment lawsuit against her.

Fernando Flores has accused the singer of repeatedly parading around in the nude and having sex in front of him.

Mr Flores also claims Ms Spears caused him emotional distress by having violent quarrels with her boyfriend in front of her two children, BBC News says.

The lawsuit claims that Spears, among other things, exposed herself to Flores and summoned him to her bedroom while she was naked.

The bodyguard's employment with Spears appeared to be brief - his court filings state he started working for her in February and had "exhausted his administrative remedies" with a state agency by July, The Associated Press informs.