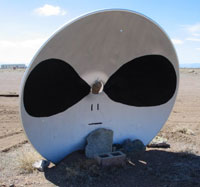 Xiaoshan Airport was closed after the UFO was detected at around 9 p.m. and some flights were rerouted to airports in Ningbo and Wuxi cities, said an airport spokesman, according to Xinhua.

As the sources inform the incident has taken place a day before at the evening. Most of the passengers have been transported to other airports of the state, Aysor says.