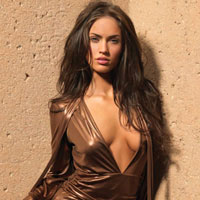 Transformers actress Megan Fox and her fiance Brian Austin Green have married in a small intimate ceremony in Hawaii according to reports in the U.S.

The couple, who met on the set of Hope And Faith back in 2004, married last week at the Four Seasons Hotel on the Big Island, Daily Mail reports.

This is the first marriage for both actors. Green has a child, Kassius from a previous relationship, Times LIVE says.