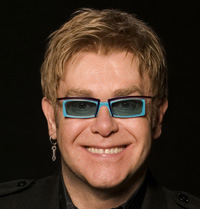 Sir Elton John has sparked outrage among Morocco's anti-gay conservatives by performing in the country.

Islamists in the North African kingdom were furious at the gay pop star's visit, which has tested the limits of the country's modernisation drive, The Press Association says.

But organisers of the Mawazine festival in Rabat defended his invitation in the interests of "cultural tolerance", BBC News reports.