Pablo Picasso Proves to Be World's Most Expensive Painter

Pablo Picasso’s 1932 lilac-hued oil painting of his young mistress, Marie-Therese Walter, sold for a record $106.5 million in New York last night, hours after the U.S. stock market had its biggest drop since February. 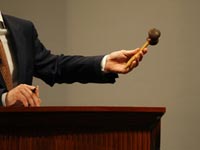 Pablo Picasso Proves to Be World's Most Expensive Painter

"Nude, Green Leaves and Bust," featuring the artist’s profile hovering over a reclining Walter against a blue backdrop with philodendron leaves, is the most paid for an artwork at auction.

It went to an unidentified phone buyer who beat seven rivals after a nine-minute bidding war. The price exceeds host Christie’s International’s own presale estimate of between $70 million to $90 million for the painting.

Another work by Picasso, Garcon a la Pipe, had previously held the record when it sold for 104.1 million dollars in 2004.

The record-breaking sale, which includes Christie's commission, indicates the recovery of the art market from the global financial crisis.

"The Brodys bought it in the 50s. It was only exhibited once in 1961," The BBC quoted Conor Jordan, the head of Christie's impressionist department as saying, Oneindia informs.