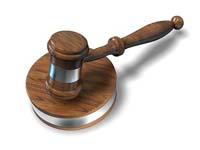 A college student handcuffed at Philadelphia International Airport and questioned about his Arabic language flash cards is suing FBI agents, police officers and others.

Twenty-two-year-old Nick George of suburban Wyncote says he was held for about four hours in August and missed his flight back to school in California. He says it's even more alarming that his checked luggage made it onboard.

George is a senior physics major at Pomona College. He studies Arabic and has traveled to the Mideast and North Africa. He says he was detained even after it was clear he posed no safety threat.