According to new study, couples who consistently refer to themselves as "we" may get on the nerves of singletons everywhere, but spouses who use this "couple-focused" language may fare better during conflicts than those who don't. 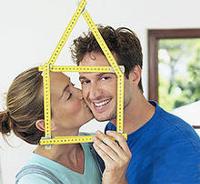 The study found that using personal pronouns, such as "we," "our" and "us," when talking about a conflict was associated with more positive behaviors between the pair, such as affection, less negative behavior (like anger), and lower physiological stress levels during the disagreement.

On the other hand, using words that expressed "separateness," such as "I," "you," and "me," during the discussion was associated with marital dissatisfaction, LiveScience.com reports.