Jennifer Aniston is scheduled to host a benefit later this month that will raise funds for Haiti earthquake victims. 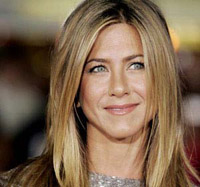 The "Friends" star will host a benefit screening of the movie "The Last Station," and proceeds will go to AmeriCares.

According to reports, Aniston said on an invitation that AmeriCares delivered nearly $10 million in medical aid for earthquake survivors in Haiti.

Tickets for the event reportedly start at $100. The most expensive tickets will cost $50,000. The tickets include a post-screening cocktail party with director Michael Hoffman.

"The Last Station," a German biographical film about Russian writer and philosopher Leo Tolstoy, premiered in the U.S. last December.

For their roles in the film, Helen Mirren received a Golden Globe Award nomination for Best Actress and Christopher Plummer was nominated for Best Supporting Actor in a Motion Picture.