Roman Polanski must return to the United States before the court will decide if he must go to prison for a 1977 sex conviction, a Los Angeles judge ruled Friday. 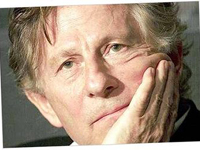 Polanski's lawyer argued that evidence of misconduct by the judge and prosecutor in the case 32 years ago should be considered now, without requiring Polanski to be present.

The famed director of "Rosemary's Baby" and "The Pianist" pleaded guilty to having unlawful sex with a 13-year-old girl in 1977 but fled to Europe before he was sentenced. He has been the subject of an international extradition battle since he was arrested in Switzerland in September on a U.S. fugitive warrant.

At a hearing Friday afternoon, Los Angeles Superior Court Judge Peter Espinoza also rejected a request from Polanski's victim -- Samantha Geimer, now in her 40s and a married mother of three -- to have the case dismissed.

"There is no requirement that my client surrender," Larry Silver, Geimer's lawyer, said. "Her suffering must come to an end."

Silver argued that "Marsey's law," an initiative passed by California voters in 2008 giving crime victims certain rights, had been violated by the prosecution. Silver said Geimer was not consulted about the decision to extradite Polanski.

Polanski was 43 at the time of the conviction. Prosecutors dropped rape and other charges in exchange for the guilty plea.

Polanski's attorney Chad Hummel argued that his client had already been sentenced in 1977 when the judge sent him to California's Chino prison for 45 days to be evaluated by psychologists.

But Polanski fled the country before sentencing after learning the judge might not go along with the short jail term Polanski expected to get in exchange for his plea. He has been a fugitive since 1978 and lived in France before his arrest.

For years, Polanski, 76, and various lawyers have made quiet overtures to resolve the case, but negotiations have always gotten bogged down over prosecutors' insistence that he return to the United States and appear in a Los Angeles courtroom.

Swiss authorities released the director from jail on $4.5 million bail in early December "pending extradition" to the United States.

CNN Internatinal has contributed to the report.