Residents of the city of Perm, in Russia’s Ural region, say that they could see a strange object in the sky. The object, eyewitnesses said, was hanging in the air above the city, scanned the area with a beam of light and even let off several “passengers.” The people did not specify what kind of passengers they were exactly and how they disembarked from what seemed to be a spaceship. 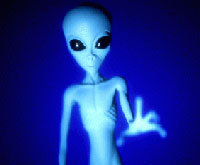 A woman saw a strange object in the window at about 2-4 o’clock a.m. She woke up her daughter and asked her to take a look at the strange sight. The two women could see a disk-like object sending three glittering beams of light on the ground.

Many city residents discussed the strange object on local forums.

Nikolai Subbotin, the director of RUFOS research station said the specialists of the station were investigating the information about the appearance of a UFO above Perm on January 9, Arguments and Facts newspaper wrote.