Sheen's Wife Hopes to Save Marriage

A friend close to the couple says, Charlie Sheen has spent the last week quietly reflecting on his life after a heated fight with his wife Brooke Mueller on Christmas Day that led to his arrest. 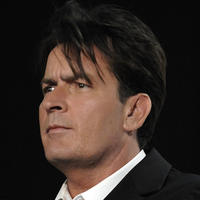 Sheen's Wife Hopes to Save Marriage

"Charlie feels awful," the friend tells PEOPLE. "He let himself down by drinking ... [And] he wants to be with his kids."

On Wednesday, Mueller's lawyer told PEOPLE that she hopes to save their marriage, a sentiment echoed by the couple's pal. "[Charlie] has two little boys and he does not want to get divorced again," says the friend.

Mueller's lawyer Yale Galanter filed paperwork Wednesday to modify the protective order against Sheen so that the couple can see each other and start to work out their issues, People Magazine reports.

It was also reported, the anticipated reconciliation between recently arrested Charlie Sheen and his estranged-by-court-order wife, Brooke Mueller, may cost the “Two and a Half Men” star big bucks.

The price tag, which insiders speaking to Radar Online estimated at $1 million, would come in the form of an amended prenuptial agreement — with some strings attached. For instance, the alleged deal would pay only if Sheen remains out of jail and Mueller stays married to him, at least for now, msnbc.com reports.

News agencies also report, the actor was arrested on suspicion of menacing and second-degree assault -- both felony offenses -- and a misdemeanor count of criminal mischief. A court order barring further contact between the two also was issued.

Deputy district attorney Arnold Mordkin said the outcome of the actor's request to dissolve the protective order "has no bearing on whether or not we would file charges" against him. That decision is not expected before early February, he said.

Mordkin declined comment on reports that Mueller had since recanted parts of her initial story to police.

Mueller's lawyer, Yale Galanter, was quoted by celebrity news website TMZ.com as saying Mueller did "minimize" her story for her husband's benefit, that she and Sheen still love each other and that their altercation amounted to "one bad night," ABC News reports.