Monday Tyra Banks announced she is ending her Emmy-award winning TV talk show in the spring of 2010. 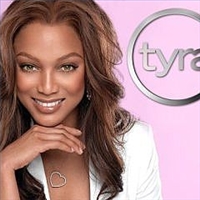 Banks, 36, said in a posting on her official web site that the current fifth season of "The Tyra Show" on the CW network, would be the last.

"This will be the last season of 'The Tyra Show'," Banks said. "I have been loving having fun, coming into your living rooms, bedrooms, hair salons for the past 5 years."

"My next huge steps will allow me to reach more women and young girls to help us all feel as fierce as we truly are," she added, ABC News reports.

It was also reported, instead of sitting down to talk to guests on a daily basis, Tyra will shift her focus to Bankable Studios, a film production company based in New York. The mag reported that the company is taking a look at potential projects to produce.

Like her television show, Bankable will seek to bring “positive images of women to the big screen,” a source told the mag. And Tyra hopes to have Bankable work on “redefining beauty for women in film,” the source added.

“With Oprah’s big announcement this year, I think that gave Tyra the confidence to get out there and follow her longtime dream of film producing,” the source said, referencing Oprah’s news that she will leave “The Oprah Winfrey Show” in September 2011 to concentrate on OWN, the Oprah Winfrey Network, Access Hollywood reports.