Guy Ritchie's "Sherlock Holmes" Is Based on Comics

Guy Ritchie's "Sherlock Holmes" is said to be based on an original comic book concept. But even if that's not entirely true, there is absolutely no question that the latest "Holmes" adventure has plenty in common with the paneled page. 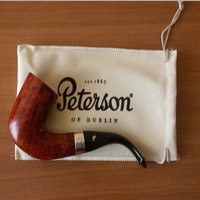 Guy Ritchie's "Sherlock Holmes" Is Based on Comics

It was also reported, n the decade since Robert Downey Jr. succeeded in cleaning up the drug abuse that landed him in jail, he’s been busy picking up where he left off: acting, in an astounding variety of roles. His reinvention of himself led to terrific performances in “Wonder Boys,” “The Singing Detective,” “Kiss Kiss Bang Bang,” “Fur” (under a lot of fur), “Iron Man” (inside a metal suit), and “Tropic Thunder” (in blackface).

Now he’s contributed to the reinvention of an iconic British character in director Guy Ritchie’s innovative take on the world’s greatest detective in “Sherlock Holmes.” Downey’s Holmes is not one we’ve seen before. He’s still a thinker, deducing the world around him left and right, but he’s also a scrapper, ready to take on any opponent in a bare-knuckle boxing match. He doesn’t own a deerstalker, but instead sports a natty fedora. And he never once utters the word “elementary.” But he does, as Holmes in the novels did, partake in a little casual drug-taking – a “seven percent solution” of cocaine to water. It’s actually only suggested in the film, but with his own history of cocaine use well reported, Downey was asked how he approached that aspect of his character.

“The seven percent solution was never a high enough percentage for me,” he said, laughing. “It was kind of a weak tepid solution, if you ask me. But this is a PG-13 movie, and even if it wasn’t, if you go back to the source material, Holmes is never described as being some strung-out weirdo. And in Victorian times, it was absolutely legal and acceptable. You could go down to your corner pharmacist and grab all of that stuff. We thought it would be irresponsible not to make reference to it. A lot of the flaming hoops we had to jump through were how do you take what comes from the source material, how do you amend it, and how do you not whitewash it and still be respectable to it,” Norton Mirror reports.

Meanwhile, interwoven are two smaller and vastly more interesting stories involving Holmes and his stalwart sidekick Watson (Jude Law), who is about to get married and leave the 22B Baker Street address he shares with Holmes. This relationship threatens their bromance, as Holmes tries to sabotage it, ending once in a red wine bath delivered by Watson’s gal, Mary (British stage vet Kelly Reilly). Holmes’ antics inject the film with some humor and life, especially the frat-boy banter with Watson, making it too bad Law vanishes from the film for a too-long stretch in the second-act. The script is just too weak for one actor to carry.

Beyond that, the film’s breath of fresh air, Rachel McAdams, is not used enough as Irene Adler, the only woman who ever outsmarted Holmes. As the femme fatale, McAdams steals the whole kit and kaboodle whenever she’s on screen. Under that colorful, corseted lady-like exterior lies a daring thief who can whip a pistol. Irene works for Holmes’ nemesis Professor Moriarty, who wants to get his hands on this Victorian-era weapon of mass destruction that Blackwood intends to use to kill all the members of Parliament. It all comes to a head in a final act that’s supposed to be an edge-of-your-seat race to save the world. But there’s so much going on that it’s hard to follow and keep track of who’s doing what and who’s punching whom.

A pitch-perfect supporting performance is provided by Eddie Marsan as Inspector Lestrade of Scotland Yard. As in the books, Lestrade is always one step behind Holmes. The scenes between Marsan and Downey Jr., are short, but dynamic.

Despite the convoluted plot, Ritchie succeeds in reinventing Sherlock Holmes, and Downey Jr., Law and McAdams are the reason why. Given all the clues at the end of the film, it’s a no-brainer to deduce that a sequel shall be coming, Norton Mirror reports.