Rapper T.I. Is Released from Prison

Rapper T.I., a.k.a. Clifford Harris has been released from a low-security penitentiary in Forrest City, Ark. T.I. has been serving a 366-day sentence on weapons charges since March. 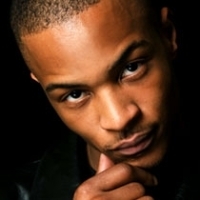 Rapper T.I. Is Released from Prison

Now he is moved to a halfway house in Atlanta, a move that his attorney said is not unusual.

"It happens across the board as long as the inmates are eligible," attorney Steve Sadow told E! Online. "They decided that three months in a halfway house would assist him with reentering society."

The Grammy winner had served seven months and was eligible for time off for good behavior. He also got credit for time served in home detention.

At the halfway house he'll have more contact with his family and might be allowed to leave the house during business hours, his attorney said.

That's good news for longtime girlfriend Tameka "Tiny" Cottle, who last month said she planned to marry T.I. upon his release. Just a few weeks back she said he was doing well but was ready to come home, The Los Angeles Times reports.

It was also reported, T.I. was arrested in 2007 for attempting to buy unregistered machine guns and silencers. He pleaded guilty and was sentenced to a year and a day in prison. He began serving the jail term in May.

His lawyer, Steve Sadow, told the AP that his client "did his very best to adjust to his circumstances" in prison and is looking forward to getting back to his family.

The rapper completed many hundred hours of community service before his incarceration, and warned young people about the dangers of guns, drugs and violence in an MTV reality series called T.I.'s Road to Redemption, People Magazine reports.

News agencies also report, the self-proclaimed "King of the South" (real name: Clifford J. Harris Jr.) had faced a maximum sentence of 10 years in prison and a $250,000 fine for each charge in his three-count indictment. However, he reached a plea deal with prosecutors after spending time on house arrest before his sentencing and speaking before community groups and high schools about the dangers of drugs, violence and guns. He was originally scheduled to be released on March 10, 2010.

T.I. is one of the most popular rappers of his generation, with three straight No. 1 albums on the Billboard 200, including 2008's "Paper Trail." He's also had three No. 1 entries on the Billboard Hot 100 singles chart, ABC News reports.