The balloon boy parents  have both been sentenced to jail  for their much publisized hoax. 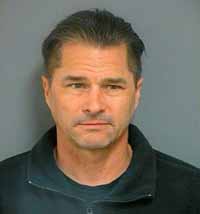 A judge on Wednesday sentenced Richard Heene to 90 days in jail, including 60 days of work release that will let him pursue work as a construction contractor while doing his time. Mayumi Heene was sentenced to 20 days behind bars after her husband's release.

Both were also sentenced to four years probation and have been barred from profiting from the balloon spectacle during that time.

Heene choked back tears as he said he was sorry, especially to the rescue workers who chased down false reports that his 6-year-old son had floated away in a balloon.

Prosecutors are still seeking to recover the costs of the search and investigation which they say could exceed $50,000.