Polanski Will Hardly Ever Purge Himself

In a case that has polarized public passions, director Roman Polanski did not win his freedom Monday for a 32-year-old sex offense, but an appeals court said in a strongly worded opinion there was probable judicial and prosecutorial misconduct in his case. 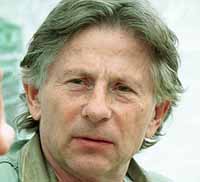 Polanski Will Hardly Ever Purge Himself

The opinion criticized Polanski for fleeing to his native France in 1978 but suggested two legal options that could lead to his freedom now — file a motion to be sentenced in absentia, or drop his extradition fight, return to the United States and be sentenced in person, most likely not resulting in additional jail time.

Polanski wears an electronic monitoring device while under house arrest in Switzerland, where he was arrested as a fugitive when he arrived to attend a film festival in September.

The California 2nd District Court of Appeal rejected the request for outright dismissal, which was raised by Polanski and the attorney for his victim, Samantha Geimer, who long ago identified herself. But the justices said they were "deeply concerned" about probable misconduct by a now-deceased judge and a retired prosecutor who advised him. They urged further investigation.

The new focus on the case ignited a firestorm of public opinion worldwide. Some angrily called for Polanski to be imprisoned. Others, including some film industry colleagues, advocated his freedom.

The appeals court faulted Polanski for fleeing the country instead of being sentenced.

The court supported a ruling by Superior Court Judge Peter Espinoza, who refused to hear Polanski's case without the director's presence. The justices said that was within the judge's discretion under a doctrine that denies court processes to those who flee to avoid prosecution. They suggested it was also his decision whether to sentence Polanski in absentia if such a motion is made.

The justices said they watched "Roman Polanski: Wanted and Desired" and quoted extensively from its interviews with David Wells, a retired deputy district attorney who claimed to have secretly advised the late Superior Court Judge Laurence J. Rittenband on what to do in the Polanski case.

"If Wells's account is true, Judge Rittenband was ushered along a path of iniquity by an officer of the court with a personal axe to grind and no hesitation to engage in unethical ex parte communications and devise illegal, nonappealable sentences to circumvent the defendant's due process and sentencing rights," the opinion said.

"The ruling today by the Court of Appeals is another step in the resolution of the Polanski sentencing," the district attorney's office said in a statement. "We await a decision by the Swiss courts on his extradition to Los Angeles so all issues can be resolved by the Superior Court."

In the 70-page ruling written by Associate Justice Laurie Zelon returned repeatedly to the passage of time, calling it "one of the longest-running sagas in California criminal justice history."

The story became a sensation with its Hollywood trappings.

Polanski, who was then famous as the director of "Chinatown" and "Rosemary's Baby," also saw his name in headlines in one of the nation's most gruesome tragedies in 1969, the murder of his wife, actress Sharon Tate, and six others by the notorious Manson family.

Polanski was initially indicted on six felony counts, including rape by use of drugs, child molesting and sodomy. He later pleaded guilty to one count of unlawful sexual intercourse in a plea bargain. He was sent to prison for a diagnostic study. The judge, who had promised no further jail time, reneged and was planning to sentence him more harshly.