In his sci-fi epic "Avatar" James Cameron offers what may be the most exotic planet full of aliens ever put on film. 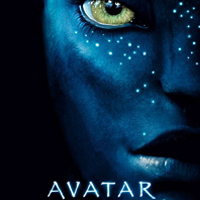 Yet if and when humans do meet creatures from other worlds, they'll be unimaginably more far-out than anything Hollywood can dream up, Cameron said.

"It'll be much beyond what we can imagine," said Cameron, whose "Avatar" opened big this weekend with $232 million worldwide. "There are creatures right on Earth that are absolutely amazing, and all the aliens are already here, if you look at a small-enough scale or you look under the ocean."

"Avatar" tells the story of a human, Jake Sully (Sam Worthington), who takes on the form of the Na'vi, 10-foot-tall blue creatures that are the dominant species on the distant moon Pandora. Jake goes native, becoming a warrior in a Na'vi clan and falling for Na'vi huntress Neytiri (Zoe Saldana), The Associated Press reports.

Meanwhile, it's hardly surprising that the fantasy epic debuted in first place this weekend, dominating the closest competitor by more than $60 million. The 3-D flick was originally estimated to have pulled in $73 million over the weekend, but on Monday (December 21), Variety reported that the tally had been revised to $77.3 million. That gives "Avatar" the highest-grossing December debut in history, surpassing Will Smith's "I Am Legend," which took in $77.2 in its opening weekend.

As "Avatar" has been receiving glowing praise from viewers and critics alike, it likely could have had an even bigger opening weeking. But the big blue film's debut was softened by a ferocious snowstorm that hit the eastern portion of the United States and likely caused many would-be moviegoers to stay inside rather than head out to theaters. Despite the weather woes, "Avatar" still managed a $232.2 million worldwide total, a result that Variety states is "the best global launch ever for a non-sequel."

The movie was hardly cheap to make, with a budget rumored to range between $300 and $500 million. With any luck, the film's strong buzz and the upcoming back-to-back holiday weekends will go a long way towards helping "Avatar" earn its budget back, MTV.com reports.

It was also teported, Cameron almost moved forward on this adaptation of Yukito Kishiro's popular manga instead of "Avatar," but ultimately chose to go with his big blue aliens — turns out that the "Avatar" practice could pay big "Battle Angel" dividends.

"Now we see it's good to have done 'Avatar' first before 'Battle Angel,' because the tricky scenes are where you're blending live-action photography, stereoscopic photography and CG," he told MTV News.