Carrie Underwood is engaged to Mike Fisher, Ottawa Senators hockey player, her publicist said Monday. The couple have been dating for about a year. "The couple couldn't be happier," said publicist Jessie Schmidt. 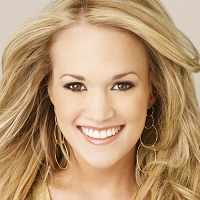 Fisher, 29, recorded his 300th career point for the Senators in their 4-1 win over the Minnesota Wild on Saturday. Fisher had an assist on Anton Volchenkov's goal in the first period.

Asked by The Associated Press last month what Underwood's family thought of Fisher, the 26-year-old singer said they were supportive.

"They love me and I would hope my parents would think we raised a good, smart girl, so she's going to do the right thing no matter what it is," she said.

Days before the CMA Awards in early November, Underwood did not know whether she would be spending the holidays with Fisher.

"Christmas, I don't know. We haven't really thought that far ahead. We kind of take it one week at a time," she said then, The Associated Press reports.

Underwood and the Ottawa Senators hockey star started dating last year, and just one month ago the former “American Idol” was forced to squash rumors that she and the 29-year-old sports star were shacking up.

“I read something recently that a certain someone and I were moving in together,” she wrote on her fan club website. “This is beyond not true...just another example of people making stuff up out of thin air!"

Just a few weeks ago, Underwood also told Pop Tarts that she was pretty much the only one from her high school that wasn’t already married with children.

“I'm 26 now, and I feel like this is the biggest point in someone's life for maturity to happen. Most of the people I went to school with are married and have kids,” she said. “This is just a time for growth, and I feel like I definitely experienced a lot of growth from then to now. I've grown up a lot,” FOXNews reports.

Underwood, and Fisher have mostly been hush-hush about their relationship since they began dating last year.

But lately, they've been opening up.

Underwood gushed about the hockey player, 29, on the liner notes of her new CD, Play On.

"Thank you #12," she wrote, referring to his jersey number. "You are the most amazing addition to my life! You are such a wonderful person and have had such an amazing hand in the building of this album and in the growth of me as a person. I love you so much! You make my life better in every way! I thank God for you every day... xoxo, Carrie," Us Magazine reports.