Cameron Plans to Plunge into Avatar World at Least Once Again

James Cameron surely knows how to make a sequel. That's been the director's plan since embarking on his technology-revolutionizing quest to being "Avatar" to the big screen, and with the film's mammoth first weekend behind it, an alien love story sequel we almost certainly shall get. 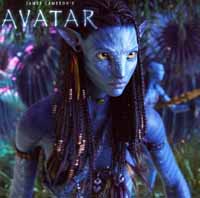 Cameron Plans to Plunge into Avatar World at Least Once Again

In one of his latest interviews Cameron spoke at length about his plans for his burgeoning sci-fi franchise and where the story will pick up following the first film's game-changer of an ending: Jake Sully (Sam Worthington) successfully and permanently transfers his consciousness to his big blue Na'vi avatar after falling in love with Princess Neytiri (Zoe Saldana).

Cameron made clear that the next film won't be a prequel, recounting previous backstory, but will begin after the events of the initial movie. "We'll follow Jake and Neytiri," he confirmed.

In fact, Cameron intends to follow the couple for another two films. "I have a trilogy-scaled arc of story right now, but I haven't really put any serious work into writing a script," he said.

The next two films, however, won't necessitate the four years of production time that "Avatar" took to perfect its motion-capture technology and computer-generated environments and beings. "Part of what we set out to do is create a world and create these characters," Cameron said. "From the time we capture and finish the capture, it's literally nine to 10 months to get the CG characters working, to get their facial musculature working. ... So now we have Jake, we have Neytiri. Sam can step right back into it, the characters will fit them like a glove, and we'll just go on. So a lot of the start-up torque that had to be done for one movie really makes more sense if you play it out across several films."

So where will the challenge be for a director who so famously craves one, from the intensity of shooting underwater for months for 1989's "The Abyss" to the mega-budgeted, initially ridiculed "Titanic" in 1997?

"My next goal is to refine the technique, make it easier so it doesn't take as long," Cameron said. "We were doing a lot of pioneering work on 'Avatar.' It wouldn't have taken as long if we already knew exactly how to do it."

MTW News has contributed to the report.