Brittany Murphy Collapses in her Bathroom and Dies

The Hollywood actress Brittany Murphy, who gained fame in such movies as " 8 Mile " and " Just Married " before giving voice to popular animated characters, has died at age 32. 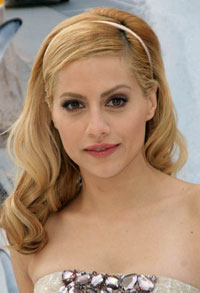 Brittany Murphy Collapses in her Bathroom and Dies

The Los Angeles County coroner's office said her death Sunday morning at Cedars-Sinai Medical Center appeared to be from natural causes but police were investigating.

Murphy was transported to the hospital after the Los Angeles Fire Department responded to a call at 8 a.m. at the home she shared with her husband, British screenwriter Simon Monjack, in the Hollywood Hills.

Assistant Chief Coroner Ed Winter said Murphy apparently collapsed in the bathroom, and authorities were looking into her medical history.

An official cause of death may not be determined for some time, since toxicology tests will be required, but "it appears to be natural," Winter said. He said an autopsy was planned for Monday or Tuesday.

Celebrity gossip Web site TMZ, which first broke the news, reported late on Sunday that there was "a significant amount of vomit" in the bathroom area. It said Murphy had been taking medications for 'flu-like symptoms for several days, and that there were a lot of prescriptions in the house.

There was no immediate word from Murphy's publicist beyond a statement that was issued on behalf of her family: "The sudden loss of our beloved Brittany is a terrible tragedy. She was our daughter, our wife, our love and a shining star. We ask you to respect our privacy at this time."

Murphy starred in films opposite Michael Douglas, Ashton Kutcher, Eminem and Angelina Jolie, but failed to attain their level of success. In recent years, she worked mostly in low-budget movies, while her emaciated appearance sparked concerns about her health.

"(Today) the world lost a little piece of sunshine," Kutcher, a former boyfriend, wrote on his Twitter page. "(S)ee you on the other side kid."

Murphy was in the news earlier this month when she reportedly was fired from the Puerto Rico set of the indie thriller "The Caller." Her publicist said the split resulted from creative differences. When Murphy and her husband of two years, British screenwriter Simon Monjack, returned to Los Angeles, he lost consciousness on the plane and was rushed to hospital, Reuters informs.

Ms. Murphy was born on Nov. 10, 1977, in Atlanta. Her parents divorced when she was very young, and her mother, Sharon, raised her primarily in New Jersey before bringing Ms. Murphy to Los Angeles to pursue a screen career.

But during the filming of "Clueless," her mother was diagnosed with breast cancer, an event Ms. Murphy said affected her profoundly.

When Sharon Murphy’s cancer returned in 2003, Ms. Murphy told People magazine that she "went to every doctor’s appointment and chemo session" with her mother. "My mom taught me there’s always a way to channel your fears into love."

A diverse set of credits accumulated in Ms. Murphy’s filmography, including the tough, abused waitress in the gritty "Sin City," a concentration camp victim in the television film "The Devil’s Arithmetic," and the voice of an animated penguin in "Happy Feet."

She also lent her voice to the character Luann on more the 200 episodes of Fox’s animated series "King of the Hill," and collaborated on a song with the D.J. Paul Oakenfold, New York Times reports.