When the uber-hyped 3D film opens on Friday, Hollywood studios will, of course, be closely watching the box office receipts. They won't be alone: the consumer electronics and cable television industries are also hoping for a blockbuster. If "Avatar" is a hit, it could be what pushes 3D from the movie theater to the living room. 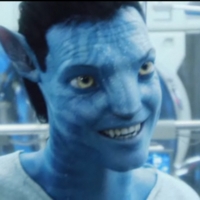 Chock full of big-budget fodder like computer-generated creatures from another world, as well as live-action human actors, the film is getting positive reviews, especially for the technological achievement. Already it's been called "The Jazz Singer of 3D filmmaking," transforming 3D from a cheap Hollywood gimmick and embracing the full potential of what the technology can do.

The title itself, "Avatar," is a reference to the concept of a 3D image in a virtual world. Cameron's idea for the film has actually been germinating for more than a decade; he has said he was waiting for the technology to catch up to his vision. Now, he says, the time is finally here , CNET News reports.

It was also reported, Cameron wrote the treatment for "Avatar" in 1995, sketching an outline for what would become the story of ex-Marine Jake Sully (Sam Worthington), who frolics among the Na'vi via his mind-controlled avatar and ends up falling for Princess Neytiri (Zoe Saldana). It took years to revolutionize the technology necessary to capture the director's vision: digital 3-D and e-motion capture (small cameras attached to an actor's head that mimic his facial movements).

"The technology that he's using is something that hasn't been done before, the way that he's doing it," star Laz Alonso told us in 2007.

Cameron has always envisioned "Avatar" as an enduring sci-fi franchise. Without a blockbuster opening weekend behind the movie, it's a little early to kick-start production on a sequel, but that's certainly Cameron's plan, MTV.com reports.

In the meantime, pre-release surveys indicate that overall awareness of "Avatar" this week is massive, a sign that Fox's marketing and publicity campaign has been a success. Among those aware of the film, men are overwhelmingly interested in it, particularly those 30 and older. Females aren't as enthusiastic, however, especially teenage girls. The opening-weekend audience will probably be heavily tilted toward males. The big question for Fox is whether women will show up in subsequent weeks.

About 60% of its theaters in the U.S. and Canada are showing the movie in 3-D and about 30% internationally. Because Cameron shot "Avatar" using new 3-D technology, which has been a heavy focus of the movie's publicity and advertising, the vast majority of its grosses are expected to come from screens that can display it.

Forty-four percent of advance ticket purchases at online ticket seller Fandango are for Imax screens, while 43% are for standard-size 3-D and just 13% are for 2-D. At competitor MovieTickets.com, 55% are for Imax 3-D, 31% are for regular 3-D, and 14% are for 2-D, The Los Angeles Times reports.