"Up in the Air," "Precious" and "Inglourious Basterds" led the Screen Actors Guild Awards with three nominations. 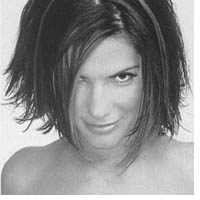 The World War II rewrite "Inglourious Basterds" and the Harlem story "Precious: Based on the Novel `Push' By Sapphire" are competing for the guild's overall cast prize, along with the 1960s British drama "An Education," the Iraq War tale "The Hurt Locker" and the musical "Nine."

The corporate-downsizing tale "Up in the Air" was shut out of that category but scored a lead-actor nomination for Clooney as a frequent-flyer whiz and two supporting-actress slots, for Vera Farmiga as his new love and Anna Kendrick as his new protege.

Kruger picked up a supporting-actress honor as a German movie star and Allied spy in "Inglourious Basterds," which also earned a supporting-actor slot for Christoph Waltz as an exuberantly ruthless Nazi, The Associated Press reports.

It was also reported, with 10 best-picture Oscar nominees this year, it seems almost certain that all of these SAG ensemble contenders will make the cut. While "Up in the Air" earned three individual SAG acting nods, it failed to make the final five for the ensemble award. Neither it nor "Nine" sent DVDs to the entire nominating committee but only to the 1,200 members who signed a waiver to receive watermarked copies. "Hurt Locker," "An Education," "Precious" and "Basterds" came out early enough in theaters that they could send nonwaternarked DVDs to all 2,100 members of the nominating committee without too much worry about piracy. Given the limited screen time of the real-life performers in "Avatar," it's not surprising that the actors union spurned it. Likewise for the animated features "Fantastic Mr. Fox" and "Up," in which actors are heard and not seen. Performance-driven pictures -- like "Invictus," "The Last Station" and "A Single Man" -- had to make do with individual acting nods, The Los Angeles Times reports.

Meanwhile, Alec Baldwin, who's taken home a SAG for each of the past three years as best comedy actor for "30 Rock," was nominated once again, along with Steve Carell ("The Office"), David, Tony Shalhoub ("Monk") and Charlie Sheen ("Two and a Half Men.")

Baldwin's "30 Rock" co-star, Tina Fey, who picked up the best comedy actress award for the past two years, also will make a return engagement as she contends against Christina Applegate ("Samantha Who?"), Toni Collette ("United States of Tara"), Edie Falco ("Nurse Jackie") and Julia Louis-Dreyfus ("The New Adventures of Old Christine.")

The TV movie/miniseries category saw Jessica Lange and Drew Barrymore both nominated for their mother/daughter act as Big and Little Edie Beale in "Grey Gardens." They will face off against Joan Allen ("Georgia O'Keeffe"), Ruby Dee ("America") and Sigourney Weaver ("Prayers for Bobby").

With eight noms, NBC led the network count, followed by CBS and HBO with seven this year, Hollywood Reporter reports.