Susan Boyle, UK's Got Talent runner-up, was the star of the most popular video of 2009 on YouTube video site. 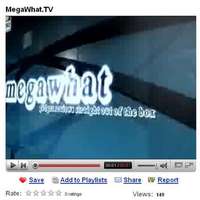 The Scottish singer's surprising rendition of I Dreamed A Dream on the show has been watched by more than 120 million viewers worldwide.

The moment had more views than the next three most-watched videos combined.

In second place, with more than 37 million views, was a video featuring a disorientated seven-year-old boy recovering from dental work.

"David After Dentist" was posted by the child's father after his son had surgery to remove a tooth in 2008, BBC News reports.

YouTube also looked specifically at which music videos tallied the most views for the year.

Pitbull's "I Know You Want Me" had more than 82 million views this year. That was followed by two Miley Cyrus songs--"The Climb" and "Party in the U.S.A"--with 64 million and 54 million views, respectively. The Lonley Island's "I'm On a Boat" and Keri Hilson's "Knock You Down" rounded out the top five.

You may notice that Michael Jackson videos, surprisingly, didn't capture more views than the top clips of the year. According to YouTube, the pop star's "Thriller" video was one of the fastest rising searches but it failed to acquire enough views to push it into the top five most-viewed videos, CNET News reports.

It was also reported, Boyle, a 47-year-old, unemployed, Scottish charity worker, leapt to international stardom after first taking the stage on the British reality show. Audience members and judges seemed to smirk at her frumpy appearance before she rendered a show-stopping version of "I Dreamed a Dream" from the musical "Les Miserables."

Boyle would go on to finish second on the contest but her album, released late last month, instantly went gold with more than 701,000 sales in its first week in the United States, CNN reports.