Sarah Jessica Parker Co-Starring in "Did You Hear About the Morgans?"

Sarah Jessica Parker, the mother of new 6 month old twin girls, is co-starrring in a new movie entitled Did You Hear About the Morgans? 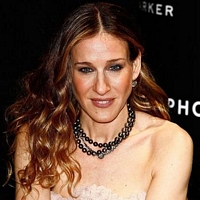 Sarah Jessica Parker Co-Starring in "Did You Hear About the Morgans?"

Her latest role is in the romantic comedy, in which she plays the wife of Hugh Grant in a marriage that is going south quickly until one fateful night.

The pair are witnesses to a murder, and to avoid being killed themselves are relocated by the Witness Protection Program.

They end up in Wyoming, and are forced into a life of simplicity, one that mandates that they stay together.

“I really liked the story, as Marc Lawrence wanted to tell it. I had heard great things about him. He’s universally loved by actors. But I also liked playing someone who seemed such an innocent about love and was so principled about it. I thought it was a charming and funny and enjoyable Christmas souffle,” dBTechno reports.

It was also reported, Sarah Jessica Parker's character can pretty much be summed up as Carrie on "Sex in the City," except her name happens to be Meryl and she's a real estate broker in New York City, not a writer.

The plot follows suit in its unoriginality. Paul and Meryl were married, but separated after Paul cheated on her with another woman.

In an attempt to seek forgiveness, Paul begs her to go out to eat with him so they can talk about things. She agrees. But as they are walking out from the restaurant after having dinner together, they witness a murder, College Times reports.

In the meantime, news agencies also report, having twins wasn't in the game plan for Sarah Jessica Parker and Matthew Broderick when they decided to expand their family, but that's what they got. Big time. The 'Did You Hear About the Morgans?' star tells PopEater all about the thrills, challenges and namely the whopper that came with the arrival of twin daughters Marion and Tabitha (via surrogate) in June.

"We didn't want twins but we wanted a bigger family and this is what we got," she says, bluntly, before giving us a taste of the "military operation" that it takes to manage three young children (son James is 7), PopEater reports.