The charming Natalie Portman has signed on to star in the big-screen adaptation of "Pride and Prejudice and Zombies," a science-fiction take on the classic British romance. 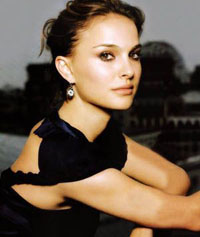 The "Star Wars" and "Garden State" actress will play a monster-slaying version of Austen's bright, bold heroine Elizabeth Bennet in "Zombies." There was no word regarding who is to play her dashing love interest Mr. Darcy in the flick.

Portman will also produce the picture, which is based on a book by Seth Grahame-Smith, the entertainment industry trade newspaper said.

"Natalie and I are longtime passionate fans of Jane Austen's books and this is a fresh, fun and thought-provoking way to approach her work," producer Annette Savitch told reporters. "The idea of zombies running rampant in 19th century England may sound odd, but it lends a modern sense of urgency to a well-known love story."

The UPI  has contributed to the report.