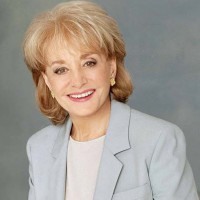 Michelle Obama was given the honor this time around, keeping the Obama winning streak alive. Although President Obama has had a rougher time in 2009, Michelle's standing has risen since becoming First Lady.

Unlike last year, Walters got to take to an Obama at the end of her special. Of course, there were questions about Michelle's now famous arms, how her kids and their dog are doing, and her first Christmas at the White House. The rest of the 10 most fascinating people in Walters' world were the usual suspects.

Though the right wing may not be pleased with Michelle winning, there were more Republicans than Democrats on the list. Glenn Beck and Sarah Palin made the cut, with Palin getting on for the second year in a row - though Walters actually got to talk to her this time. Mark Sanford's wife Jenny also got on, along with fellow jilted wife Kate Gosselin, The Associated Content reports.

Meanwhile, two singers who are closing out controversial years made Barbara Walters’ annual “Fascinating People” show last night: Adam Lambert and Lady Gaga. Lambert’s appearance was anticipated as his grand return to ABC, the network that aired last month’s American Music Awards and then canceled two of the American Idol breakout star’s appearances because he showed himself to be “unpredictable” on live television (relive his controversial AMAs performance here). Lambert will also appear on today’s episode of ABC’s The View, though his segment was pre-taped earlier this week and will not air live.

When Walters asked if, in retrospect, Lambert would change any aspect of his AMAs set, the singer joked about his unanticipated fall, but added, “I would do it exactly the same way. I am who I am and I think freedom of expression should be alive and well and unfortunately, it’s not.” Walters called the performance “raunchy” and “lewd.” Lambert responded, “You can’t plan everything — if I did a performance exactly how I rehearsed it, it would be so boring” and said he was not sure how the hullabaloo would impact his career. “I don’t think that, you can really … jump to conclusions about me as an artist based on one performance, that’s, that’s an ignorant thing to do," Rolling Stone reports.

It was also reported, if music lovers were surprised by Gaga's performances at the beginning of her career, imagine how her father felt. When she sat down with Barbara Walters on her "10 Most Fascinating People of 2009" special, which aired Wednesday night, she explained that it took a while for her dad to get comfortable with her act.

"It wasn't really so easy for my dad, especially in the beginning," she told Walters. "We didn't talk for months after the first time he saw me play, and my mother told me he was afraid I was, like, mentally unstable."

Gaga has since written a song about her dad and says the two are back on speaking terms. But the performer knows there are people who are still unsure of the sincerity behind her bizarre pop star persona. "[I want to clear up the fact] that [people think] I am artificial and attention seeking, when the truth is that every bit of me is devoted to love and art and I aspire to be a teacher to my young fans who feel just like I felt when I was younger," she said, MTV.com reports.