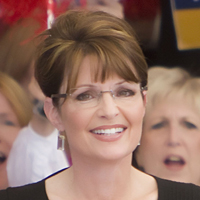 "2 much of "global warming" agenda is merely to halt responsible developmnt;sound science must b foundation 4 Copnhagn decisions,not politics."

Palin and other global warming skeptics have recently been emboldened by a controversy they're calling Climategate -- the release of hundreds of exchanges between leading climate change scientists. Some say the e-mails show an attempt by the scientific community to manipulate data, reinforcing the scientific community's perceptions of a warming planet.

The United Nations today reported that the current decade is very likely the warmest since recording began in 1850, Detroit Free Press reports.

In the meantime, Alaska Attorney General Dan Sullivan is moving to change the state's ethics rules in the wake of the battles waged by former Gov. Sarah Palin.

His changes would allow the state to pay the legal bills of public officials for defending against ethics complaints that are tossed out. They would also set out when a governor's family members can travel on the state's dime. Those were hot issues for Palin, who said she resigned last July in part because of what she called frivolous ethics complaints.

The attorney general has the power to make the changes without approval of the Legislature. Sullivan released them Monday for a public review that lasts through Jan. 22. His spokesman, Bill McAllister, said they would go into effect after the Department of Law goes through all the public comments and makes any potential revisions.

The proposed regulations say state officials can be reimbursed for reasonable private attorney fees if they are "exonerated" defending against an ethics complaint about conduct on the job. Palin and her top aides faced more than 20 known ethics complaints, most of which were dismissed, MiamiHerald.com reports.

Meanwhile, it was also reported, Sarah Palin received her subjects in a rotunda at the Mall of America yesterday, only hours after U.S. Rep. Michele Bachmann presided over a rally in the Minnesota Capitol rotunda to amend the state constitution with a spending cap. There was a showering of praise between the two, but Palin could have used a shower cap: a man hurled tomatoes from above, missing the former Alaska governor but striking a Bloomington police commander, Minnesota Independent reports.