Polanski to Wait in Swiss Jail till Friday

Filmmaker Roman Polanski will have to wait until Friday before being allowed to depart a Zurich prison cell for his sumptuous chalet in the Swiss Alps under house arrest, the Swiss Federal Justice office confirmed today. 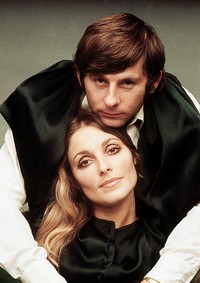 Polanski to Wait in Swiss Jail till Friday

The reason for the hold-up is a delay in transferring the $4.5 million bail money needed to secure the terms of his house arrest, according to the Federal Justice Office spokesman, Folco Galli.

"The documentation process has already been complete and the electronic surveillance will only be activated once Mr. Polanski is in his chalet in Gstaad," Galli told ABC News.

Here in the luxury ski resort of Gstaad, where Polanski' chalet is located, the mood has quieted down from the flurry of press that anticipated his arrival yesterday, ABC News reports.

It was also reported, a spokesman for the Justice Department said Polanski's release from jail would not happen before Friday as he first needs to deposit bail of $4.5 million and electronic monitoring has to be set up at his chalet in the holiday resort of Gstaad.

Polanski is fighting extradition to face U.S. sentencing over a 1977 case of unlawful sex with a 13-year-old girl. He pleaded guilty to one count of sex with a minor but fled before the case was concluded, fearing a heavy sentence.

The 76-year-old Oscar-winning director, who holds dual French and Polish citizenship, was arrested at the request of the United States when he flew into Switzerland on September 26 to receive a lifetime achievement prize at a film festival.

The Swiss Justice Department is expected to decide on Polanski's possible extradition within weeks but he could appeal, potentially dragging out the dispute for months. He faces up to two years in a U.S. prison if he is extradited, ABC News reports.

Meanwhile, m any journalists, photographers and TV crews were still waiting outside the on Tuesday, watching out for the Oscar winner's arrival as the first winter snow covered the picture postcard mountain village.

Local inhabitants are used to holidaying celebrities, who are generally treated with casual discretion.

"In any case, I won't be there," one of Polanski's neighbours, Anne Lussi, quipped, on hearing that he would be there before Friday.

Work reportedly began on installing the electronic surveillance equipment in Polanski's chalet over the weekend.

Galli explained earlier that Polanski could receive anyone he likes while he is under house arrest, as long as he does not leave the grounds of his 1,800 square metre (19,400 square foot) property, AFP reports.