Polanski Stays in Jail until Weekend

Roman Polanski will be held in jail until at least Friday because he needs more time to pay his $4.5 million bail, according to Swiss authorities. 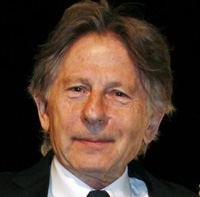 Polanski Stays in Jail until Weekend

Justice Ministry spokesman Folco Galli says Polanski won't be placed under house arrest at his Alpine chalet until the full bail is received.

Gallil said Tuesday that the payment was expected in the next couple of days, and that all other conditions have been satisfied for Polanski's house arrest with an electronic monitoring bracelet.

The 76-year-old director cannot leave the chalet in Gstaad while Switzerland decides whether to extradite him to the United States for having sex in 1977 with a 13-year-old girl.

Polanski was arrested Sept. 26 as he arrived in Zurich to receive an award at a film festival.