The Swiss Justice Minister said she saw no reason to appeal the surprise decision by the Swiss Criminal Court. Polanski would have to remain in the country as authorities assess whether to extradite him to the United States for having sex with a 13-year-old girl in 1977. 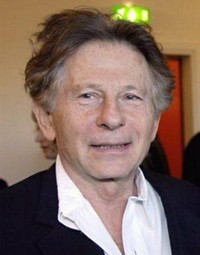 "The 76-year-old appellant is married and the father of two minors,'' the court said. "It can be assumed that as a responsible father he will, especially in view of his advanced age, attach greater importance to the financial security of his family than a younger person.''

The filmmaker was still viewed as a high flight risk, MiamiHerald.com reports .

It was also repoted, in Winterthur, a city near Zurich where media reports have said Polanski is held, a white van with tinted windows was seen entering a prison and leaving a couple of minutes later. It was unclear who was inside the van, and authorities are still declining to say where Polanski has been held or when he might be released.

The bail decision was a major win for the director of "Rosemary's Baby," "Chinatown" and "The Pianist" after a series of legal setbacks following his Sept. 26 arrest as he arrived in Zurich to receive a lifetime achievement award at a film festival.

Polanski was accused of raping the 13-year-old girl after plying her with champagne and a Quaalude pill during a modeling shoot in 1977. He was initially indicted on six felony counts, including rape by use of drugs, child molesting and sodomy, but he pleaded guilty to the lesser charge of unlawful sexual intercourse.

In exchange, the judge agreed to drop the remaining charges and sentence him to prison for a 90-day psychiatric evaluation. The evaluator released Polanski after 42 days, but the judge said he was going to send him back to serve out the 90 days, The Associated Press reports.

Meanwhile, the American authorities have spent 30 years trying to pin Roman Polanski down while he constantly goaded them by appearing at the end of Rush Hour 3 and making versions of Oliver! where nobody even sings any songs about food, but now they’ve got him. Roman Polanski was arrested at a Swiss airport in September, and he’s been in jail awaiting extradition ever since.

News agencies also report, not only does Roman Polanski have a proven history of running away whenever it looks like he’s about to go to jail, but letting him loose in Switzerland seems like a particularly bad idea. What if he goes mad and gets his hands on one of the country’s most dangerous products, like a cuckoo clock or some fancy chocolate or a well-made watch or something?

At worst, Roman Polanski would only have to face two years in jail. And he’s already had to put up with 30 years of silly little cars and supermarkets that don’t smell quite right, so it’ll be a walk in the park in comparison, hecklerspray reports.