Roman Polanski is a Prisoner outside Prison 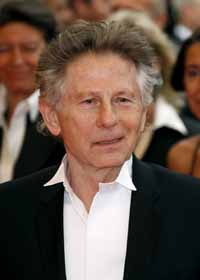 Roman Polanski is a Prisoner outside Prison

A Swiss court has accepted film-maker Roman Polanski's plea to be freed on $4.5m bail from a Swiss jail where he is being held for a US child sex case.

The court said Polanski could stay at his chalet in the Swiss Alps. He would be monitored by an electronic tag.

Polanski, 76, has been wanted in the US since fleeing the country in 1978 after pleading guilty to having unlawful sex a year earlier with a 13-year-old girl.

He was held in Zurich after travelling from France in September.

Speaking after detention in September, US prosecutors disputed claims that Polanski's arrest came out of the blue, saying he had been on an Interpol "wanted list" for years, according to BBC News' report.