Dr. Conrad Murray investigated in Michael Jackson's death has reached an agreement in a separate child support case that will keep him out of jail. 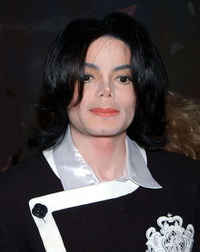 Prosecutors sought an arrest warrant for Michael Jackson's physician after he failed to appear for previous hearings in the case. He is accused of owing more than $14,000 to a woman and her son.

With Murray in court Monday, his lawyer, Christopher Aaron, paid $700 cash and promised to pay $303 more as part of the deal approved by Clark County District Court Judge Gerald Hardcastle.

Aaron has said Murray has been unable to pay because he had to close his medical practice and move due to threats following Jackson's death June 25, The Associated Press reports.

Meanwhile, pop star Janet Jackson holds Michael Jackson's personal doctor responsible for her brother's sudden death and has told ABC News that a day does not go by when she doesn't think about her late sibling.

"He was the one that was administering," Janet Jackson said about Houston-based physician Dr. Conrad Murray. "I think he is responsible."

Murray, who was hired to treat Michael Jackson in the months before Jackson died on June 25 of a drug overdose, is currently a target in the manslaughter investigation of the "Thriller" singer's death.

Since June, Los Angeles County coroner officials have said the powerful anesthetic propofol, which is used in surgery, and the sedative lorazepam, were the primary drugs responsible for Jackson's death. Police have referred the case to prosecutors to determine if criminal charges should be filed, ABC News reports.

The siblings were "incredibly close" as children, and Janet said they did practically everything together and spent every day together in their formative years, with Michael acting as a nurturing presence to his youngest sibling. "We'd feed all the animals, took care of the babies," she said of the animals on the family's Hayvenhurst compound in Encino, California. "All the animals — giraffes, mouflon sheep, deer, they had fawned — all kinds of animals, all kinds of birds. And I remember I would come home from school with the hay like I'm going to a ranch."

Janet said she last saw Michael two days before her 43rd birthday in May. "I was being silly, acting silly," she said. "And he was sitting in front of me and just cracking up, laughing at me. I was being loud, and he thought it was so funny. I was just being stupid, acting silly," MTV.com reports.