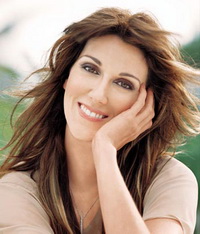 When that information started to leak to the public, Dion confirmed it. But a day later, she found out the embryo had not been implanted successfully.

Jakwerth said Dion did not immediately announce that she wasn't pregnant because she was hopeful another implantation would work, and had wanted to keep the matter private.

Jakwerth said the couple is going to keep trying, The Associated Press reports.

It was also reported, Rene Angelil confirmed to Canadian newspaper Journal de Montreal that the latest in vitro fertilization treatment she underwent in October was unsuccessful.

"We're living the reality of the majority of couples who face these procreation techniques," he told the paper.

She and Angelil have an 8-year-old son, Rene-Charles, who was conceived by in vitro fertilization after six years of trying. While trying to conceive her first child, she had her embryos frozen in liquid nitrogen

When she finished her concert run in Las Vegas in 2007, she consulted Dr. Zev Rosenwaks in New York City about trying to conceive again.

The singer (who is the youngest of 14 children) has long talked about wanting to have more kids, Us Magazine reports.

msnbc.com quoted Dion's husband René Angélil as saying, " The process can be long and arduous. But today, we are full of confidence. Celine is more determined than ever."

"I admire all the women who go through such a tough process. Since April, she has undergone numerous examinations, multiple hormone injections and blood tests," Angélil told the paper, revealing the couple will go to New York this weekend for a third try. "Céline and I didn't get discouraged ... we put our faith in life and in the stars," msnbc.com reports.