Anybody but Beyonce can grudge the 16th annual MTV Europe Music Awards. Though she was not the only delighted winner. 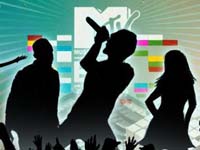 The R&B superstar scooped up three wins at the MTV Europe Music Awards ceremony, including trophies for best female, best song for "Halo" and best video for her No. 1 smash, "Single Ladies (Put a Ring On It.)"

When she won the best video award, she thanked Jay-Z — who just happens to be her husband — for "putting a ring on it."

Jay-Z was also honored, winning MTV Europe's best urban act — though he said he looked forward to the day when "all those awards come down" that it's just music, plain and simple.

Other winners included Green Day, the established trio whose punk-influenced tunes have garnered it a fan legion worldwide. The trio won the award for best rock act while U2, which earlier Thursday performed a six-song mini-set in front of the German capital's iconic Brandenburg Gate, won best live act.

U2 frontman Bono paid tribute to Berlin, which marks the 20th anniversary of the collapse of the Berlin Wall on Monday, for its grit and determination. The band recorded its LP "Achtung Baby" in the city and drew inspiration from reunification to write its oft-played single "One."

German pop quartet Tokio Hotel, which has toured steadfastly and built up a fan base outside of Germany won best group and played a set that saw its amps and equipment light up in organized pyrotechnics.

Lady Gaga took best new act though she was not in person, having had to stay in New York and Eminem took best male, beating out Kanye West, Mika, Robbie Williams and Jay-Z for award. Turkey's maNga took home the best European act, giving Turkey the award for the second consecutive year — last year the country's Emre Aydin scored a trophy.

Katy Perry, who hosted the show for the second consecutive year, lauded Berlin and Germany, citing its history of division by the wall and sported a bevy of toned-down yet sultry costumes that hearkened back to Berlin's Weimar-era of hedonism and decadence.

Berlin is the only city to host the awards show twice — in 1994 and this year — a decision MTV said it made to mark the 20th anniversary of the Berlin Wall's collapse.
The Associated Press has contributed to the report.