Nicole Richie Gets Protection From Paparazzi

Nicole Richie and her children are getting some court-ordered space from a pair of celebrity photographers. 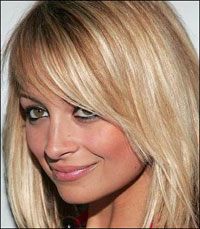 Nicole Richie Gets Protection From Paparazzi

A judge on Friday granted Nicole Richie's request for a temporary restraining order against the paparazzi. Her filing states that one of the men, Eduardo Arrivabene, caused a car accident involving Richie in Beverly Hills earlier this month.

The filing added that Arrivabene and Ivon Emilio Melo Miguel continue to chase Richie and her children in the pursuit of shots. The men scream at Richie "in an attempt to get a reaction" and have left the 28-year-old frightened for her family's safety, The Associated Press reports.

According to People Magazine, two photographers have been temporarily ordered to stay 100 yards away from Nicole Richie, a Los Angeles judge ruled Friday. The order also protects her two children, Harlow, 21 months, and Sparrow, 6 weeks.

Richie, 28, was rear-ended by the pair while driving in Beverly Hills earlier this month. She sought medical help following the incident. In her filing, she blames the photographers for causing the collision.

"I am fearful that [their] continued presence may cause yet another accident, this time with my infant children in the vehicle," Richie adds. She says that even after the accident, the pair continued to pursue her.

Arrivebene, who was driving the car that rear-ended Richie's vehicle, was arrested immediately after the crash for driving without a license. He was later freed on $1,225 bail.