'This Is It' to Become a Test for Jackson's Market Strength

When Michael Jackson died in June, he was just days away from releasing his comeback concerts in London. Now, video footage of preparations for those performances have become "Michael Jackson's This Is It." Tuesday the documentary opens worldwide. 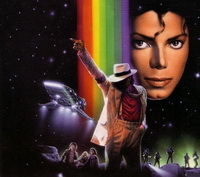 'This Is It' to Become a Test for Jackson's Market Strength

The simultaneous showings around the globe will be anchored by a star-studded premiere at the Nokia Theatre, a 7,100-seat concert venue across the street from Staples Center, where many of Jackson's rehearsals and his high-profile public memorial were held.

Longtime Jackson collaborator Kenny Ortega, who directed and produced "This Is It," is expected to attend, as are members of Jackson's band and the executors of his will. Entertainers including Snoop Dogg, Smokey Robinson and Zac Efron are also on the guest list.

Fans are likely to swarm the area, too: Many waited in line for days to buy tickets for advance screenings of "This Is It" at the new Regal Cinemas on site, which will show the film to sold-out audiences Tuesday on all 14 of its screens.

The film, culled from more than 100 hours of rehearsal footage, shows an enthusiastic King of Pop meticulously crafting his moves and performing some of his most beloved hits. No critics have seen it, but Sony which paid $60 million for the film rights showed a 12-minute clip to entertainment journalists last week, The Associated Press reports.

In the meantime, Orianthi, the guitarist he picked to perform his London shows, told "Good Morning America" today that Jackson was "full of energy."

"On stage, he was keeping up with the 24-year-old dancers," she said. "He was up there, doing his thing. He wasn't sitting in the corner and looking ill, not able to participate. He was on stage with everybody."

Despite the footage, which shows Jackson at his final rehearsal before his death, even family members have expressed their doubts about the film. Jackson's father Joe Jackson accused concert promoter AEG, which produced the film, of using body doubles for his son, ABC News reports.

It was also reported, since Jackson died, the public has been obsessed by trying to understand how someone with so much talent and promise could die so tragically. Even though we hate to admit it, a celebrity's death can be a boon to business possibilities. Columbia Pictures, which acquired the footage of the show's rehearsals and made the concert documentary, is counting on the fans' fascination to continue.

The footage depicts a Michael Jackson who seemed primed to make a major comeback from his scandalous personal life and a lengthy absence from the concert stage.

Jackson 's handlers have been careful to point out that their client was determined to make the public forget the off-stage circus. Jackson was always at his best as a performer, singing, dancing and electrifying audiences. And the film is designed to show him at his most charismatic, MarketWatch reports.