Michael Jackson's fans are boycotting This Is It, the film about his last performance. 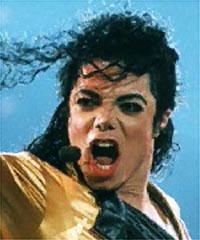 Thousands of the late singer's followers have formed a group called This Is Not It , to protest against the movie, which is due to be released on October 28.

The group has accused the AEG and Sony - the firms behind the film - of concealing Jackson's poor health and glossing over the stress he was under as he prepared for his 50-date London residency, TVNZ reports.

Some of Jackson's family members and friends have seen "This Is It" in its entirety. Elizabeth Taylor, a longtime friend of the pop star, posted her thoughts Monday on Twitter.

"It is the single most brilliant piece of filmmaking I have ever seen," she wrote on the micro-blogging site. "It cements forever Michael's genius in every aspect of creativity."

The 77-year-old actress added that she "wept from pure joy at his God-given gift" and urged her fans to see the film "again and again."

"This Is It" opens in theaters Wednesday for a limited run, lending it some of the exclusivity of Jackson's aborted concert stand in London.

"We think the 16 days is right. It's sort of a special event that you want to frame in a special way," said Rory Bruer, head of distribution for Sony. Sony Corp.'s Columbia Pictures unit paid $60 million for the rights to the film based on the Jackson footage.

Jackson died June 25 at age 50. The Los Angeles County coroner has ruled the death a homicide, caused primarily by the powerful anesthetic propofol and another sedative. Jackson's personal physician, Dr. Conrad Murray, has not been charged with a crime but is the focus of the police investigation, The Associated Press reports.

The film will be released in cinemas for a limited two-week run. Although 30,000 tickets were sold in the first 24 hours in London, the run has not sold out. The official This Is It website is advertising tickets "available at theatres everywhere".