Madonna launched the construction of a multi-million dollar girls' school she is building in Malawi on Monday and pledged to build similar schools in other countries if the project succeeds. 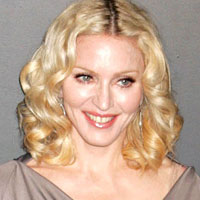 The Raising Malawi Academy for Girls -- in Chinkhota village about 15 kilometers outside the capital Lilongwe -- is expected to be completed in two years and will admit 500 girls from the small southern African country's 28 districts.

The construction is expected to cost $15 million.

"Growing up in a privileged life, I took education for granted...but coming to Malawi has taught me a lot of things and (I have) learnt to appreciate what life gives," Madonna said.

"I realized how much they deserve to be educated and so for me the best thing I could do was to build a school, a unique school that will create future female leaders, scientists, lawyers, doctors and if this school is successful it will be used as a model to replicate it in other countries," she said, Reuters informs.

The pop superstar cut a ribbon and planted a tree at a groundbreaking ceremony Monday.

The 51-year-old celebrity arrived in the impoverished southern African country on Sunday. She was accompanied by her four children — daughters Lourdes and Mercy, and sons Rocco and David.

Madonna adopted Mercy from Malawi earlier this year and adopted David from the country in 2008.

Madonna's Raising Malawi, a charity founded in 2006, helps feed, educate and provide medical care for some of Malawi's orphans, The Associated Press reports.

The singer has been involved with Malawi for several years and made a documentary, "I Am Because We Are," to highlight poverty, AIDS and other diseases devastating children in the country. She also co-founded the nonprofit Raising Malawi, which helps feed, educate and provide medical care for the needy. The nation of about 13 million is one of the poorest in the world, CNN reports.